among the many noteable residences in coyoacan, (like trotsky’s hideout,) is la casa azul,  where frida kahlo lived with diego rivera and home to the museo frida kahlo. one of the most famous latin american artists in the 20th century, reknowned for her paintings, physical (and emotional) tribulations, frida kahlo is also revered for her defiant,  flamboyant style. inspired by the beautiful traditional dress of the people of Tehuantepec, a southern city where her mother was from, she also used these outfits to either call attention to or divert attention from a variety of physical afflictions resulting from childhood polio (embroidered platform shoes) and a near fatal auto accident (her sculpted, be-dazzled corsets).
until recently, all we had seen are photographs and paintings of fridas’ elaborate outfits, never the garments themselves. after her death, rivera locked away all her belongings, corsets, huipiles, skirts, capes, gowns and accessories. after his death they were  in the safe keeping of a friend  who kept them until her death in 2002.  as if frozen in time, the permanent collection of the museo frida kahlo includes art and ephemera of both frida and diego, placing social and historical significance with letters, newspaper clippings and photographs.  but now through november, there is also a small gallery housing temporary, rotating exhibit called, Appearances Can Be Deceiving, of  a few of her outfits, accessories, photographs and some contemporary fashion inspired by her oft-imitated style.

you best believe we made a bee-line to pay homage to this style icon (sneaking a few pix along the way!) 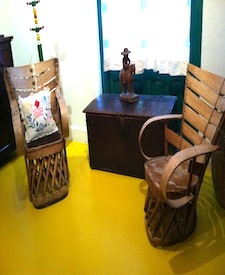 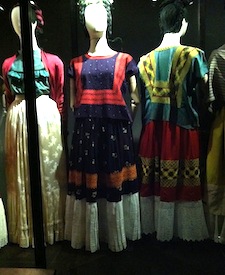 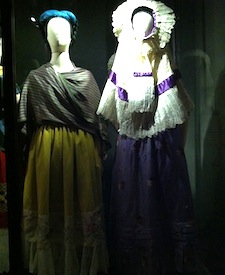 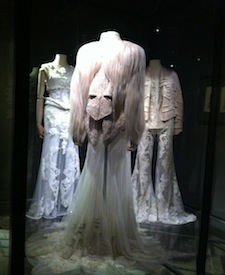 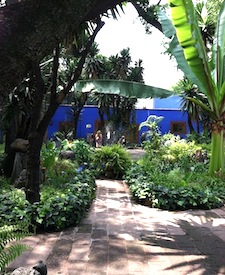 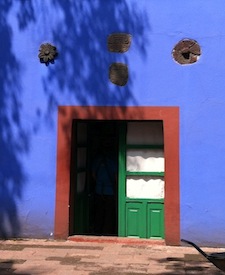 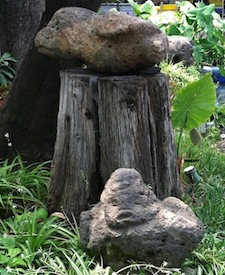